Fiery red hair cascading down her back. Seafoam-green tail with two fins. Big, blue, Disney Princess eyes. These traits are undeniably those of Ariel from the 1989 classic “The Little Mermaid.” But there was more about Ariel that Dani Marie Wagner remembers being drawn to as a kid: her longing to be part of a different world, her desire to live as a human girl and her relentless pursuit of happiness.

“I was 5 years old when ‘The Little Mermaid’ was released, and I probably annoyed my parents because I would just constantly watch it,” she says. “A lot of people who are in my situation, early on in life, we know who we are. And a lot of young trans girls identify with mermaids because they can understand being half one thing and half another.

“Plus, I had really intense red hair, so I would often get compared to Ariel.”

Three decades later, mermaids are still part of Wagner’s life. As a makeup-obsessed transgender woman, activist, painter and Walgreens beauty consultant in Minneapolis, she chronicles her beauty hauls and expertise, along with her transition, on YouTube. Thousands subscribe to her channel, “Scars 2 Stars Beauty,” and she has affectionately nicknamed her community of followers the “Mermaid Squad.”

Wagner was born and raised in a small town in South Carolina where there were few resources for people like her to self-actualize or transition – to know and be who they really are. After earning a bachelor’s in graphic design in 2010, she craved two things: a place where she could be herself and a great art school.

“I moved to Minneapolis in 2011 when I was 27 to pursue a master's degree in fine arts from the Minneapolis College of Art and Design,” she says. “In the fall of 2012 – in the middle of my two-year program – I started my transition. And from then on, I went from being ‘Danny with two N’s and a Y’ to ‘Dani with one N and an I.’ I've grown so much as a person from the experience – just being my authentic self every day and walking in my truth.”

Wagner describes herself as a “late bloomer” and says she learned a lot of life lessons in the beginning of her transition.

“I’d never really dated anyone before, so I had a lot of growing up to do in a very short amount of time,” she says. “I realized very quickly that not all people I dated could be trusted, and I got my heart broken a few times.”

But with some low moments also came some highs.

“I’ll never forget the first time my pronouns – she/her – were used correctly, and how reassuring and validating that felt to be seen by somebody as the authentic gender I feel I am,” she says. “To have someone acknowledge and respect that for the first time was a really fantastic moment.” 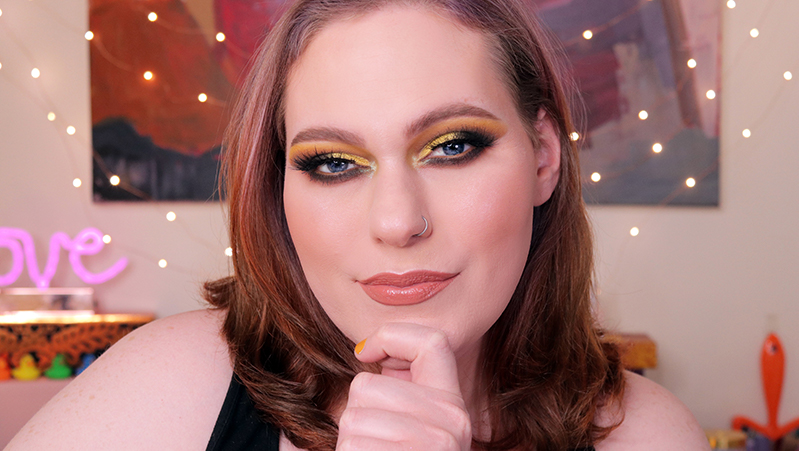 With a focus on painting in her master’s program, Wagner found inspiration in mixing colors. She also drew a lot of parallels between art and beauty.

“I’d always been into any kind of artistic form, whether it was drawing, painting or graphic design,” she says. “And I see makeup as an extension of that. It’s another form of art, where you can take these ingredients, these paints, and you can create something beautiful on a different type of canvas.”

Her love of beauty started before she transitioned, when she was still exploring who she was, how to move forward in life and which form felt most authentic to her.

“Makeup played a huge role during that time,” she says. “I’d often use it to ease the stress that people like me feel when they’re gender dysphoric – when they feel out of place in their own skin. A lot of trans girls out there dabble in makeup, we play in wigs, and from those experimentations, we come to a closer sense of who we are.”

Beauty behind the camera

Wagner started her YouTube channel shortly after she started her transition, in the fall of 2012. Initially, she used it to document how she was feeling each month as she began hormone replacement therapy, also known as HRT. But she has continued to post regularly over the course of eight years, for several reasons.

“It’s not just beauty tutorials or just trans-related topics – it’s a multi-dimensional, layered experience that reflects who I am,” she says. “I post because I have a genuine love for beauty products and makeup and I always want to talk about it, but I also like to post things for people who might be feeling kind of lost, or who don't really feel like they have a place to go. Maybe they started out like I did and were in a small town, or they didn't know anybody and didn’t have many resources available to them other than the internet. I talk about the personal aspects of being transgender in a very matter-of-fact, real kind of way because I feel like the more conversation happens, the more education happens, and the better both sides come out of it.”

Members of the Mermaid Squad will also see a regular guest on Wagner’s channel: her best friend, Chloe, who’s also a trans woman living in Minneapolis.

“We call ourselves and the collective community of trans women the ‘Sisterhood of the Traveling Genders,’” she says with a laugh.

It’s obvious that beauty plays a big role in Wagner’s life. She wears makeup to work every day. She talks about it with customers, with her best friend, with her boyfriend. And most of her paychecks go toward trying new beauty brands and products. (Shhh, don’t tell her boyfriend.)

She credits her personal journey for landing her with a job in the beauty industry, but admits she’s learned a lot by trial and error.

“When I was starting out, the biggest thing for me was to not put on as much as I think I needed – just let my own natural beauty shine,” she says. “When a lot of girls start their transition, they’re in a very vulnerable place. That feeling is very real and very tangible, especially when you're going out for the first few times as your authentic self and you really want to show up for that moment by wearing makeup and putting on a cute outfit and feeling good about yourself.

“For me, in the beginning, I probably could have dabbled a little less,” she says, laughing. “Sometimes that can be a telltale sign – not that passability is really a huge concern for a lot of people in my community; it’s more about feeling comfortable in your own skin. But learning the balance of when you put on too much makeup and when you haven’t put on enough, that comes from just doing it every single day.”

Wagner shares more about her transition and her feelings on Pride Month, along with beauty tutorials on color correcting, a rainbow eyeshadow look and contouring 101:

Wagner has become known in the Twin Cities as “the makeup girl on YouTube.” It has brought many local customers to her Walgreens seeking services and advice – some just starting their own transitions.

“Sometimes people come into the store and they haven't even come out to other people,” Wagner says. “It might even be one of their very first experiences talking about this with somebody in public. And so I find empathy, and I try to make them feel like, ‘I'm here, I'm available and I can completely relate.’ It's a reassuring thing having the process happen with someone who sees you, who sees the person as they are and as they want to be seen.”

Unsure of where a customer might be on their journey, Wagner begins consultations with two important questions: What name do you prefer to be called? And what are your preferred gender pronouns?

“It’s a very public setting, so I want to know this information so I don’t make the person feel uneasy,” she says. “Sometimes when you're starting out, you don’t want to fully put it out there. You still want that cloak of anonymity, that layer of protection. Going into a physical location like Walgreens is a very new experience for a lot of people going through what I went through, and they’re seeking help and words of advice from a professional.”

“Some people come in for makeup only, while others are looking for advice with body or facial hair,” she says. “Or they might be feeling really insecure about the hair on their head and considering a wig or a scarf. My goal is to give them the confidence to ask the questions.” 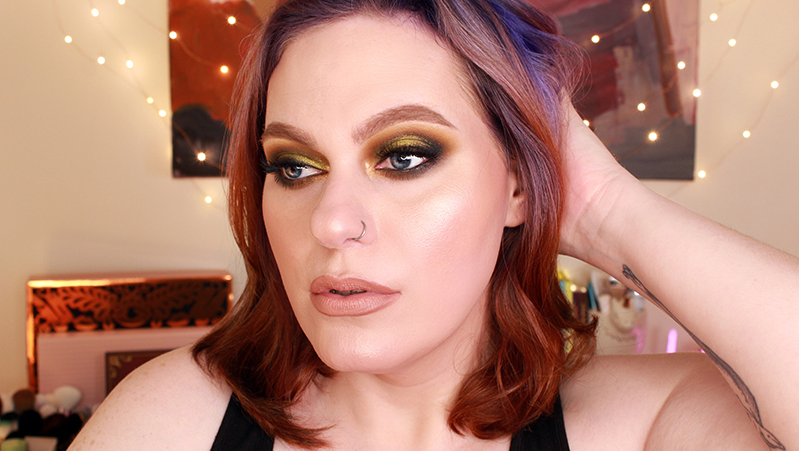 More than a parade

Wagner takes pride in her job and pride in her journey. During Pride Month, and amid a global pandemic and ongoing racial equality protests across the U.S. and the world following the death of George Floyd, she has a lot on her mind.

“To me, Pride is the freedom to be our most authentic selves, whether it's trans-related or sexual orientation or a number of different things. Pride, for me, means walking in your truth, feeling comfortable and confident, and just living the most authentically.

“Pride isn’t just a parade. It isn’t just a movement for gay people. It’s a movement for non-binary people. It’s a movement for trans people. And that’s really what the rainbow flag is all about – the human experience. The first Pride was a social revolution. And I feel like we’re seeing this happen again in our current day and age. The Pride that we all experience now – the fun, the parades, the drag queens, the shows – all of this would not be possible if it weren’t for the tenacious actions of trans women of color. So when you’re celebrating Pride this year, know that it isn’t just for one particular letter in that acronym. It is for us all.”