Lloyd Tanner sat among a row of computer consoles in the dark, red combat room aboard the USS Shrike, bobbing along in the Atlantic Ocean. Machinery whirred and shipmates spoke in hushed, hurried tones. It was just like you see on TV. Tanner had been working four hours on, four hours off for 21 days, and he had no idea what time it was. All he knew was that he had a job to do: He was hunting mines.

Tanner was tired, but he was also Navy. That meant he pushed through the sleep deprivation so he could keep himself, his ship and his 52-person crew safe as they tracked, detonated and disarmed bombs from beneath the water’s surface.

At the end of one of his shifts, he climbed above deck for a brief taste of salty air and looked up. Thousands of stars winked at him from above as if a confetti-filled cannon had exploded into the night sky.

“It was the most beautiful thing you’ve ever seen,” he remembers. “Absolutely surreal.”

Looking back on his two decades served, Tanner can’t describe his most challenging moments without also finding the beauty in them. The Navy was his second family—his chosen family—for over 20 years. After he retired, his next chapter allowed him to find family again, this time at Walgreens.

Forging his own path

Growing up, Tanner never considered joining the service. Until he was a junior in high school, he excelled at both sports and education. But senior year, he became more interested in having fun outside of school and his grades started to slip. He had a football scholarship to Tuskegee University and another for track at University of New Orleans—but he also had a fear of failure.

“I grew up in New Orleans,” he says. “As a kid, I’d seen the same people on the streets doing the same things, and I didn't want to fail out, come back and be subject to that. I made a tough choice and decided to enlist so I could get some discipline and put myself on the right path. My plan was to join the military, get an education and then get out and do something else.”

He ended up staying a bit longer than he planned.

“I spent my first 13 years in the service in New Orleans doing several different jobs,” Tanner says. “I started off working as a reserve command doing policy work, then I moved to an air base where I worked as a submarine hunter. From there, I moved to the Admiral staff as a manpower manager for reserve officers and enlisted service members, and then to another command performing global assessments of reserve centers and training reservists.”

That brings us to where Tanner’s story began—his next move as a mine hunter on the USS Shrike. 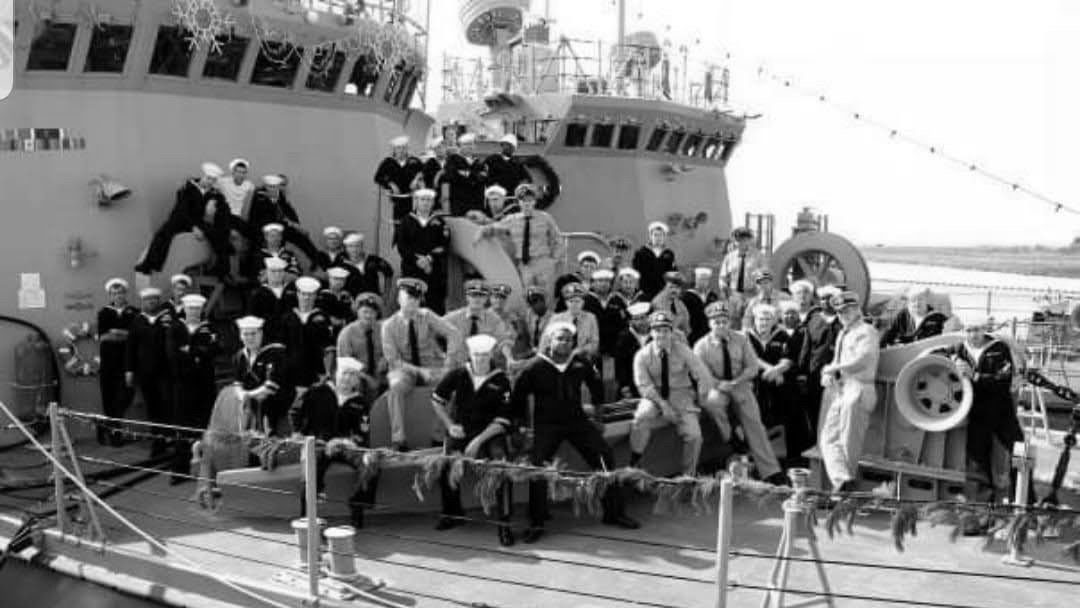 “Retirement,” he says, laughing, “after 20 years and seven months. A lot of people pick a job in the military and they just do that job. I had to the opportunity to do so many different things. I worked Admiral staff and seagoing command. I worked air on a squadron, where I created flight plans. I planned missions for multimillion-dollar war planes. Rounding out my career, I worked intel, where I was part of the vetting process to bring in new officers to the Navy. That felt so important to me.”

After retirement, Tanner worked in IT at a few different companies before landing a contract position, and eventually a full-time role, at Walgreens. Seven years later, he’s a senior analyst on the IT security technology review team.

“The Walgreens family was absolutely different,” he says. “It reminded me of being in the military. It felt more like a family then just working for somebody. Even as a contractor, I didn't feel temporary at Walgreens. I felt like part of the team, and I didn’t expect that from corporate America.”

Retired or not, the military taught Tanner invaluable lessons he carries with him every day at Walgreens.

“Some of the most important things I learned were about focus and attention to detail,” he says. “In the military, flexibility was key because there were times when you had to carry the weight of a shipmate. In corporate America, there are different responsibilities, but you’re also part of a team and you support one another. Remaining flexible—being a rubber band—is important in both situations.”

Early in his Walgreens tenure, Tanner was introduced to W-Vets, Walgreens’ employee resource group for veteran team members. After attending a meeting, he started getting ideas about what he thought the group could do and what could make it successful. He decided to run for W-Vets chair and is on his second year of a two-year term.

“Once the pandemic hit, the question I started asking was, ‘How can we keep driving this support and camaraderie remotely?’ We switched to online meetings, including a roundtable discussion for Walgreens team members last Veterans Day where we had a retired vet, a National Guard vet, a mother of a veteran and a daughter of a veteran share their stories. We’re hosting the roundtable again this year.”

To offer even more support during an especially difficult year, W-Vets joined forces with USA Cup of Joe, an external organization that helps veterans who have service-connected disabilities. They also partnered with Southern New Hampshire University on a multi-day educational initiative to discuss mental health and transitioning from veteran status to corporate America. 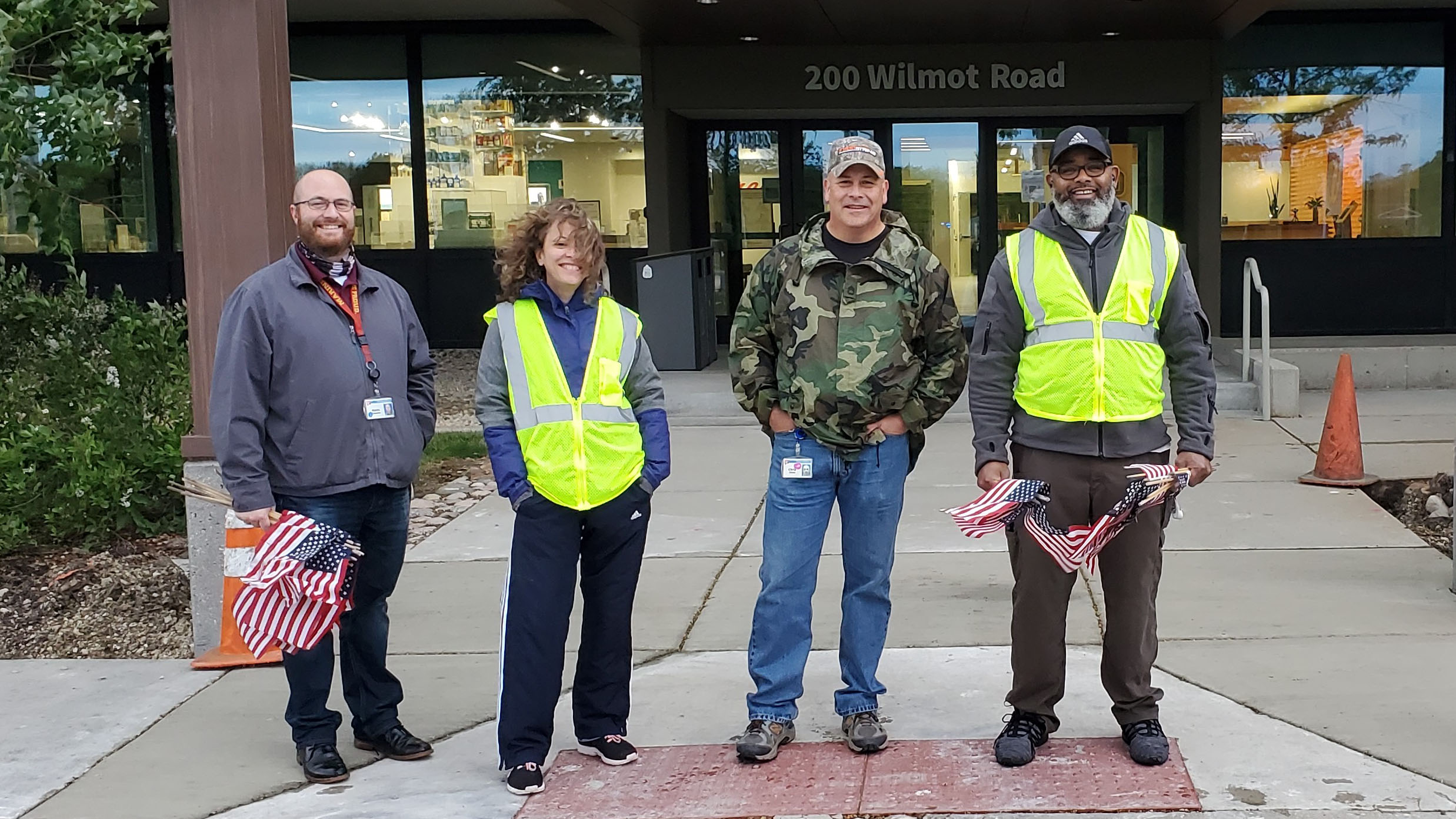 “One of the things I really enjoy doing is getting together with my fellow W-Vets members and other volunteers ahead of Veterans Day, Memorial Day and Fourth of July to stick hundreds of American flags in the ground around the Walgreens and Walgreens Boots Alliance headquarters in Deerfield, Illinois,” he says. “We even did it in 2020 when team members weren’t on campus because of the pandemic. Those flags are, in my opinion, a great demonstration of how the company celebrates veterans—not just its own, but veterans across the world.”

Tanner will tell you that being a veteran comes with certain stigmas. But there are two he’s determined to unpack: one for vets, and one for everyone else.

“Sometimes veterans think that because they didn't see combat, they're not a veteran,” he says. “If there's anything I want to convey, it’s that if you have served the 180 days of qualified service, you are a bona fide veteran. People have different jobs in the service, and I don't care if you flipped burgers or cut hair, if you drove Humvees or military vehicles, if you carried a gun or if you carried a broom. Either you’re supporting the fleet or you're out there actually doing it. Both are very important.”

Another misnomer he’s passionate about rectifying is that veterans are a different breed. During his service, Tanner never had to deal with actual combat—never had to shoot at another person or vessel—but he served in multiple conflicts. The first was the Saudi Arabian war, Desert Eagle, when he was part of a team that outfitted the fleet with manpower. The second was after 9/11, when he was responsible for making sure the Navy had reservists who were ready to go to war.

“When it came to choosing a career, veterans just chose a different type of job,” he says. “And while it can come with greater risk, it’s not completely unlike someone who chooses to be an engineer at a nuclear plant or a security analyst at Walgreens. What I’m trying to break down is that we’re not that much different than everybody else.”