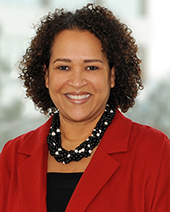 New year, new role, new company. With such a successful career across finance, consulting, HR and healthcare for leading global companies, what attracted you to WBA at this stage of your career?

To be honest, when I first received the call about the role, I tried to politely decline because I was at a stage of my career and life where I was quite happy and not seeking a new opportunity. I had convinced myself that I was winding down my corporate career and that Zimmer Biomet would be the place I would retire from before a post-corporate-life of teaching, consulting or board service.

But as often happens, the universe had another plan. The more I learned about WBA, the more interested I became. I very quickly realized that the potential opportunity to join the company was too good to pass up given the positive impact we can have on the lives of patients in such a meaningful way.

Other than the ability to have such a positive impact, what else drew you to WBA?

There were really three primary things that drove my decision, and I already spoke to one (the ability to impact patients’ lives). I was fortunate to discover healthcare right out of college when I joined Baxter. After working in generics pharma, proprietary pharma and medical devices for many years, the opportunity to join a pharmacy-led company that is now expanding more broadly into healthcare was a big draw.

Second, as someone who came to HR through a specialist track focused on Organization Development (OD), my passion is helping individuals, teams and organizations achieve their highest potential, particularly in times of change and transformation. There are many OD levers available to drive results in a company like WBA, including talent, culture, leadership, engagement, diversity, organizational effectiveness, organizational structure, governance, role clarity, efficient processes…just to name a few.  As I learned more about WBA’s transformation agenda, I became excited about the opportunity to play a leadership role with my expertise using these OD levers to drive business performance and results.

Finally, I am a curious person who loves to learn about and contribute to any organization.  At WBA, I am excited about the opportunity to learn the retail business  As I prepared for my interviews I listened to earnings calls and read whatever I could find in the public domain. I was immediately intrigued by the language of retail – footfall and basket size were new concepts to me.

You mentioned that you came to human resources through organization development. Since becoming a Chief HR Officer, how do you think about the name of your function?

I love this question because I am known to utter the phrase “words matter.” I am a stickler about clear communication and being precise about language and word choice. I have been fascinated about the evolution of what people are called in the workforce and have done some research in this area. During the pre-industrial colonial era in America, the workforce was described as “laborers,” and in some cases “slaves.” After slavery was abolished and business transitioned from agrarian to industrial, the workforce was identified as “workers.” The term “workers” lasted through the industrial age until the mid-1950s, when workers moved from the factory into offices when more white-collar jobs were created. At that time office workers became known as “personnel,” and the function was similarly called Personnel. Then beginning in the 1990s through today, we have seen an evolution from staff to employees, colleagues, co-workers, team members and even partners. Our rapidly changing corporate language reflects a desire to address the workforce in more human-centric language.

That’s fascinating. So, which word do you feel is more important today – “human” or “resources?” Is this term still relevant to describe the important work you and your teams do every day?

With that history and context in mind, I think that the word “human” in human resources is quite relevant today, and I support the idea that the people who work in our organizations are human beings who need to be treated with dignity and respect and considered holistically for who they are and not just what they do. That is, not being called workers like during the Industrial Revolution. The word “resources” is interesting because it is often juxtaposed alongside financial resources. I do not believe that human resources and financial resources are the same. A resource is a supply or source of something that is generally valued as a means to an end. While this may be true of financial resources, I don’t love that positioning for humans. I know that other organizations have renamed the function, and now that you have asked the question, I think I will research this to see if there is something more appropriate to describe the important work that we do at WBA!

Can you share something about your experience leading through a global pandemic as a global HR leader? Any lessons learned?

I have to say that the challenges created by the global pandemic were the most significant of my career. People have been impacted in so many ways personally and professionally – from homeschooling kids to working from home. As leaders, not just HR leaders, we had to recognize the extent to which fears and anxieties of our colleagues ran from financial concerns to health concerns. Even if they were thankfully not diagnosed with COVID-19, they likely had someone in their family or community who was being negatively impacted. There were so many lessons learned, but the responsibility associated with impacting people’s lives in profound ways as a leader cannot be underestimated.

In 2020 we weren’t just managing a global pandemic. We also experienced significant social unrest. Can you share your perspective on these events from 2020?

You are right. The global pandemic followed by the George Floyd tragedy and the resulting social justice demonstrations was like a one-two punch. We were still reeling from the realities of living in a world riddled by the pandemic and social unrest could have put us down for the count. But thankfully as individuals, companies and as a nation, I know we are and will continue to stay strong and persevere.

But I think we will continue to see the racial unrest for a while. This is quite personal to me as a Black female. The racism and inequities that are in the spotlight now are not new to me or any other people of color. As tragic as the George Floyd murder was, as well as the other racially motivated injustices we have seen recently, if we are able to learn and grow as individuals, leaders, and society, at least there will be a lasting positive legacy. We need the courage to do better and be better.

How do we do better and be better, especially in the workplace?

I thought a lot about how what was going on in the world with regard to both the pandemic and the social unrest impacts leaders at work, and I wrote a piece called Why Leaders Need the Courage to Pay Attention to Emotions in the Workplace. The thesis is that we are in unprecedented times dealing with health, economic, social and political challenges, and employees have feelings and reactions which cannot always be checked at the door. We are seeing the lines of separation blurring between home and work life and expecting to keep emotions out of the workplace is no longer reasonable. As leaders we need to understand and support the whole person, including their feelings and emotions, if we are to attract and retain the best talent and maintain that competitive edge. We need leaders who know that employees are people first and perform best when their humanity is recognized and valued.

You’re relocating to the Chicago area from the East Coast, but you’ve already spent a good part of your life living here. What have you missed most about the area?

That’s easy. The food! To be more precise…the junk food. Chicago has great fine-dining like most major cities, but I missed the junk food when I was gone. Portillo’s hot dogs and Garrett’s popcorn are at the top of the list. I am sure people would expect me to say the pizza, but as a New Yorker, I choose New-York-style pizza over Chicago’s deep dish. And by the way, the best pizza is actually in New Haven, Conn. Ask me about that some time.

What’s one thing you weren’t looking forward to on your return to the Midwest?

That’s also easy. The weather! As I share this with you, I have been here for 12 days. It has already snowed five of those days, including a storm that dumped over 6 inches, the most snow locally in over two years. In the past week we have also experienced the coldest day of the season thus far. One day when I left for the office, wind chills were in the single digits.

Pretending for a minute that we aren’t still living through a pandemic, what are some things you enjoy doing in your free time?

In addition to travel, I also like interior design. I can often be found going to open houses to see what people have done to spruce up their homes, or I will wander around stores looking at furniture, lighting and rugs to see what’s new in the design world. In fact, I studied interior design for fun at the Harrington Institute in Chicago years ago. I ultimately got a certificate in interior design and architecture from Berkeley once I moved to Northern California. I have never worked in interior design, but I use it in my own life every time I relocate to a new home and have been known to help friends pick paint colors. I also use design thinking in my work. There is a creative process which I have found useful beyond just interiors. I also love to read and go to the movies. Finally, I am very close to my family, particularly my two teenage nieces, so I take every opportunity to hang out with them when they are not too busy for me.

You mentioned that you like to read. What are some of your favorite books?

Believe it or not, I actually like to read books in my chosen field. In my leisure time I read books and magazines on leadership and organizational effectiveness. Some of the books that have influenced my thinking are "Head, Heart and Guts" by David Dotlich, Peter Cairo, and Stephen Rhinesmith; "Why Simple Wins" by Lisa Bodell; "The Medici Effect" by Frans Johansson; and "Reality Based Leadership" by Cy Wakeman. If we are lucky, I might get one of these authors into WBA to share their wisdom!

Day in the Life Business Casual