Two English Setters, Roma and Alba, waited patiently in the back seat as Taran Gjerpen and her silver SUV carved through snowy roads on the way to Synnfjell Mountain in eastern Norway. The dogs’ eyes said what everyone in the car was thinking: Are we there yet?

Three hours later, Gjerpen pulled into the parking area at the base of the mountain and announced their arrival to wagging tails. She stepped out of the car and into her cross-country skis – click, click. The dogs, strapped in harnesses (the signature element of a form of cross-country skiing called skikjøring), guided her along a 1-kilometer path of fresh powder to her cabin – which has no electricity or running water. Frigid air filled their lungs with each breath. It was minus 15 degrees Celsius (5 degrees Fahrenheit).

Gjerpen was born with skis on her feet, as the popular Norwegian saying goes. She skis every weekend during the winter. It’s as natural to her as running or biking.

But this trip was different. Gjerpen and her dogs were there to ski, sure, but with every kilometer conquered, they were also raising money to help people living with cancer. 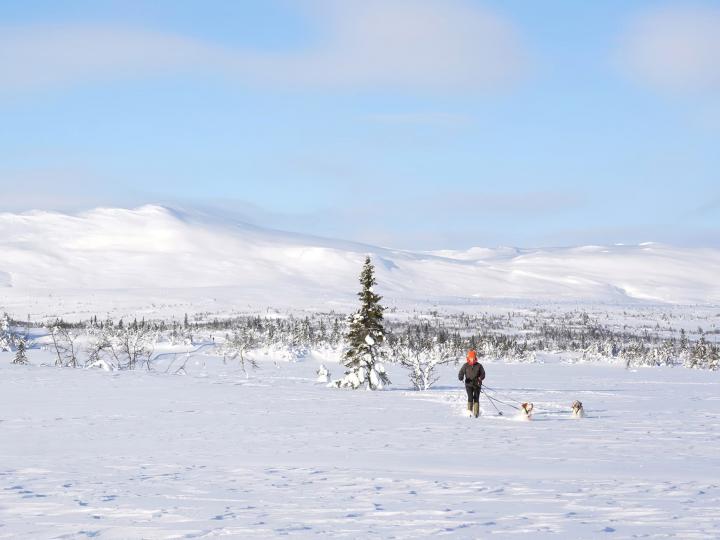 Gjerpen, a human resources consultant for Boots Norge, was just one snowflake in a global fundraising flurry. In early 2019, more than 5,800 Walgreens Boots Alliance colleagues across six countries – plus Roma and Alba – skied, ran, walked, cycled and danced for Kilometers for Cancer, WBA’s second annual campaign aimed at raising money and awareness in the fight against cancer. 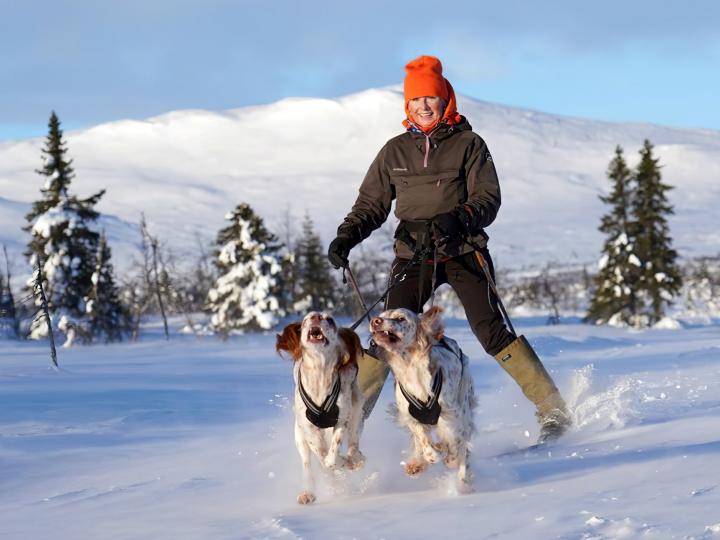 Like countless others, Gjerpen has lost friends to cancer.

“It does something to you when people you’re fond of struggle for their life,” she says. “Last summer, my neighbor and dear friend, Paolo Vinaccia – who was quite a famous jazz drummer – had to give up his life after almost 10 years of battling with pancreatic cancer. He was a fantastic man who will not be forgotten.”

Gjerpen thought of lost friends and loved ones throughout the campaign while trying to get as many steps as possible. On weekdays, she climbed flights of stairs in her office building and took long walks after work. And on weekends, she traveled to Synnfjell Mountain and other parts of Norway to ski with her dogs. On average, she tracked between 8 and 12 kilometers each day.

Like Gjerpen’s individual effort, WBA’s collective work was both impressive and inspiring. In all, the 2019 Kilometers for Cancer campaign counted nearly 700,000 kilometers (430,000 miles) and raised $65,000 for the cancer charities. Boots Norge in particular raised 250,000 kroner (more than $28,000) for Aktiv mot kreft, an organization that builds fitness centers in cancer hospitals as part of treatment programs.

“It’s good to see how the money we raised can help cancer research and give patients a better life,” says Gjerpen. “I feel very privileged to have been able to raise awareness for a cause I love by doing activities I love.”