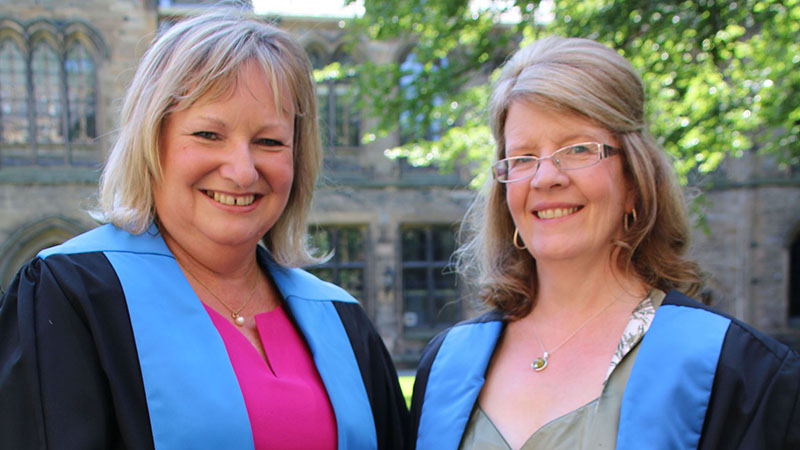 Jones (left): “Tricia and I have worked together very closely since 2010. She was an experienced prescriber, and I was about to embark on the course to become a prescriber. Her passion to support the development of others kicked in straight away, and she initially acted as my mentor. But then our shared interest in travel health and the company’s move toward providing a pharmacist-led travel health service across the UK prompted us to undertake additional studying together at the University of Glasgow. The mutual support we gave each other helped us through the tough times that come when trying to complete any higher-education course while also working full-time.

“To prepare for an exam at the end of the course, we would come in early before work to do mock consultations, taking turns at being the patient. I’m not sure if our acting skills improved, but our consultation skills certainly did – although I have to say Tricia showed an uncanny ability to portray an eccentric hypochondriac. After several years of studying, we graduated together, which was a very special day.”

Armstrong: “Something that has become really important to both of us in the last few years has been a focus on our well-being. We now walk for an hour before starting work, to not only put the world to rights, but also catch up on family matters and plans. Our friendship has deepened as we have walked and talked and shared our lives.” 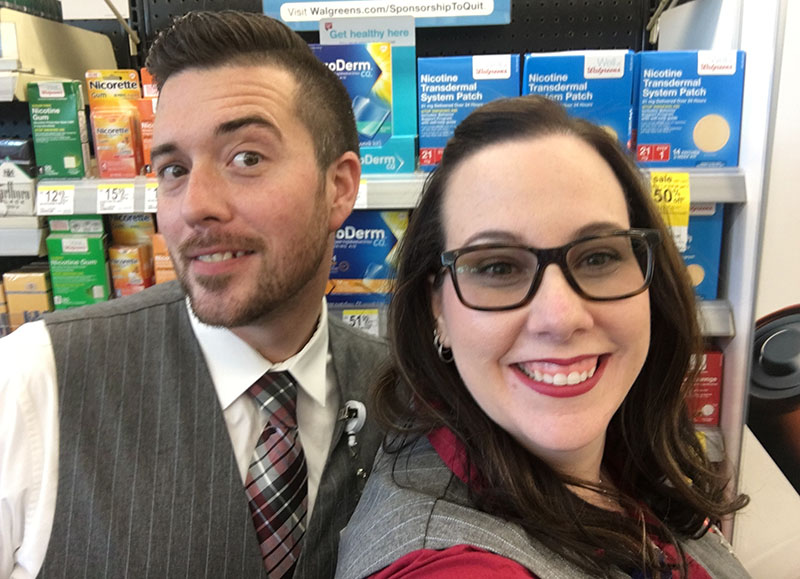 Tucker: “Frank and I met in 2017 at our district meetings and immediately hit it off. He’s strong in pharmacy, and I’m strong in the front end, so we can swap knowledge and walk each other’s stores looking for opportunities to improve and giving each other feedback. He makes me a better manager.

“Early on, when I still barely knew him, Frank invited me to his wedding, which I attended with my husband. He then sent me a lot of pictures from his honeymoon with his husband in Bali, and that’s when our friendship really blossomed. Through the years, we have become painters, pedicure buddies, counselors. I took Frank, who’s originally from Oklahoma, on his first Disneyland trip. He helps grow my faith in God and is just such a kind heart.”

Tanner-Duran: “I first interviewed for a store manager role in May 2017 and wasn’t selected. Come to find out it was Corey who got the promotion. I was a little bummed, for sure. But a month later I was presented with another opportunity for a store manager role, and I jumped at it. As I was trying to get settled, I realized there was a lot I didn't know. I was hesitant to reach out for help until one day it hit me that Corey was in the same situation I was. If there was anyone who could relate and help without judgment, it would be her.

“Since then, I’ve been blessed with the most genuine, caring and selfless friend I could have ever asked for. I don't think there’s been a day in the last three years that we haven’t been in contact. I feel like we’ve grown up together and that I’ve known her a lifetime.” 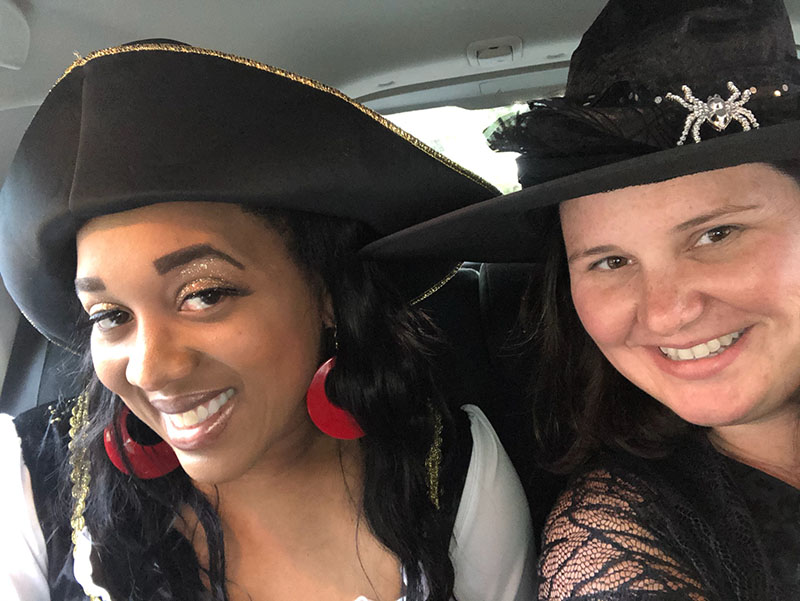 Timmons (right): “Tashelle was a pharmacy scheduler when I joined the Charlotte office staff, and every day when I arrived at work, she greeted me with a smile and asked if I needed help with any of my tasks. Now she’s my best friend – in the workplace but also outside. Our houses are only a few miles apart. We had lived basically right around the corner from each other and never knew it until we met at Walgreens. Now we include each other in personal plans all the time. We have attended local parades and festivals in town and had birthday parties for our kids. During the pandemic, our toddlers even FaceTime on the phone together. It’s so funny because Tashelle and I can be in contact through work all day but then run into one another at the grocery store and act like it’s been ages since we’ve seen each other.”

Kelly: “We share a lot of laughs and memories while we’re working together, and we continue to do the same while working remotely. I am so thankful for her. I love the support we give to each other. I couldn’t do this without her.” 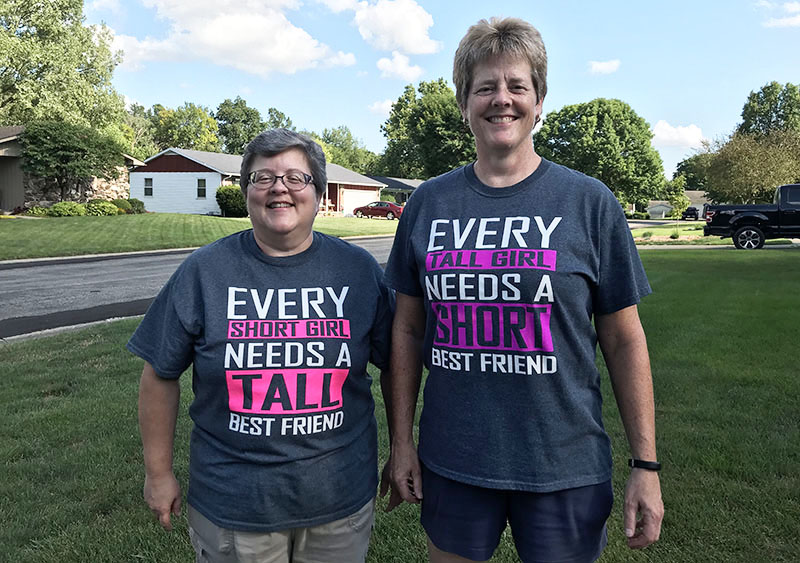 Causey (left): “I started with Walgreens on June 1, 1987. Michelle started on Aug. 17. We both were fresh out of college, had just moved to a new town with no family and knew no one. Thirty-three years later, we’re both still with Walgreens and are like sisters. We have shared work, life, travel and families. Because we’re only 60 days apart in age, we both considered the post-55-year early retirement at the same time. Given our friendship, we’ve decided to retire on the same day in 2021. We don’t remember a time when we didn’t work in the same office, so retiring on the same day seemed fitting.”

Vandiver: “I can’t specifically recall when Jenny and I first met during our first year with Walgreens. It just seems like she has always been there for me, and me for her. For more than half our careers here, we worked in the same building but didn’t functionally overlap, so our relationship was more friend than co-worker. But in more recent years, we’ve been able to build on that friendship and directly work together in some of the same areas. Having a best friend at work makes the tough times easier and the good times better.” 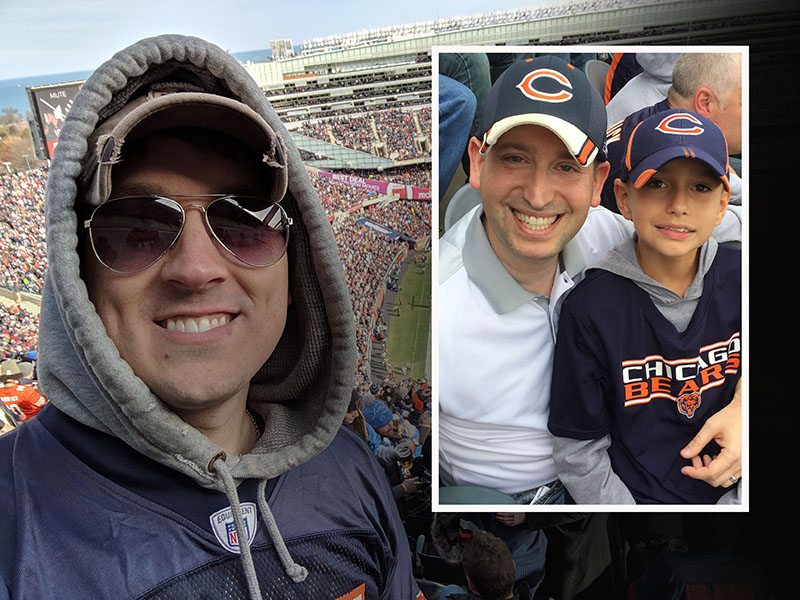 Adam R. Davis (left): “Since we share the same name, we often accidentally get emails intended for the other, which I’d consider normal. What’s not normal – and has become comical – are the other little gremlins that pop up when you share the same name at a large company. I met Adam on my first day more than three years ago because my newly printed badge inadvertently deactivated his, which he discovered when he couldn’t get back onto his floor. Later, when all employees needed to pick up new parking passes, I was told mine had already been picked up for a car that wasn’t mine (it was his). I tell people I have a doppelganger at work.

“As we forwarded each other’s meeting invites and settled other name-related glitches, we became friends. It started with sharing hobbies and interests as we sent emails back and forth, then morphed into biweekly lunch outings to Jersey Mike’s, followed by having each other’s families over for backyard barbecues. We also had a couple of ‘Davis Family’ Bears games at Soldier Field. What started as an annoying glitch has turned into friendship and fun times.”

Adam E. Davis (pictured with son Kaiden): “Perhaps my favorite moment was when I ordered my work phone and it was mistakenly shipped to the other Adam Davis. When I learned it had arrived, I walked over to his department to grab it. As we chatted, a young lady walked by and introduced herself. I responded in kind and informed her my name was Adam Davis. Instantly, the whole section erupted in laughter, and before you knew it, Adam and I were posing for pictures.

“He has ingrained himself as a member of my family – so much so that my technologically savvy father includes him on the text conversations he has with his three real sons.” 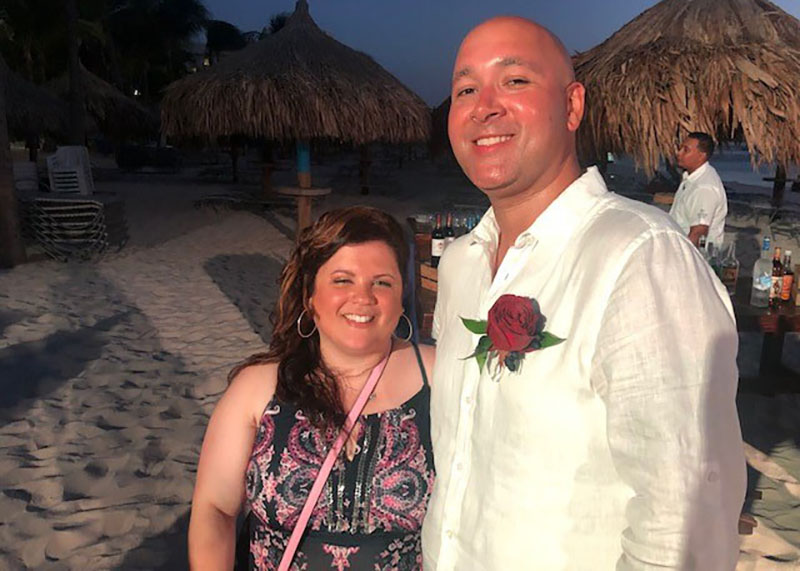 Garay: “We realized we had a great working relationship when we both got each other’s sarcastic humor as we worked on projects together. Because the stores we covered in Manhattan were so close, we would conduct overnight visits together, telling stories as we walked from store to store, grabbing breakfast at 2 a.m. and dealing with all the crazy things one encounters during the overnight hours in New York City. Kristin has become my sounding board for ideas, feedback and advice. You know you’ve made a friend at work when they take a five-hour flight to attend your destination wedding in Aruba.”

Catucci: “I’ve always appreciated Mario’s ‘realness’ with me. If I want real, candid feedback, he’s one of the people I go to. We don’t always agree on things, but we appreciate that about each other.

“He always gives me a laugh at work. He raises my chair height (I’m short) and thinks I don’t know who does it, or he’ll write ‘Mario is the best’ on my dry-erase board. I’ll throw junk mail all over his office desk or rearrange things in his office that he has a certain way. We frequently pull pranks on each other, sort of like Jim and Dwight on ‘The Office,’ which is one of our favorite shows.” 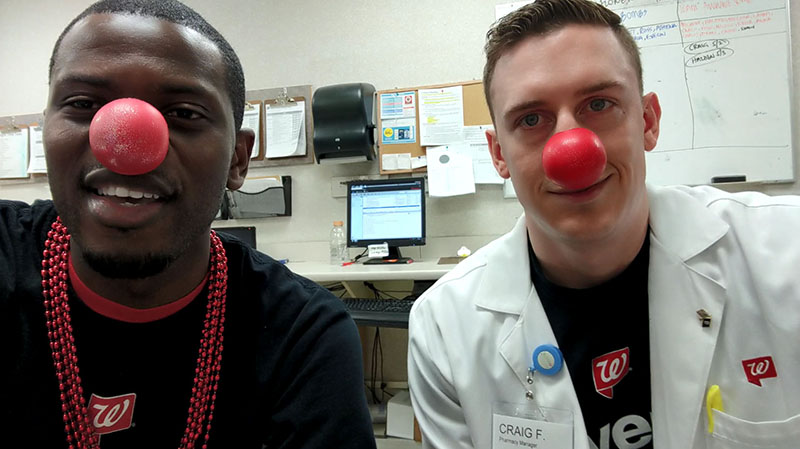 Fisher (right): “I first met Babatunde in 2017 at a store in downtown Chicago, where I was starting as a staff pharmacist just as he was starting as the store manager. We complemented each other so well that we earned the nicknames Batman and Robin (he was Batman since he drove a nicer car). He soon left to accept another important store assignment in the north suburbs. ‘Holy cow, Batman!’ I thought, figuring this would be the end of our work together. Not long after, without knowing exactly where he was now working, I accepted a new pharmacy manager role in Lincolnshire, and my new store manager called me. To my surprise, it was Batman.

“After a couple years of great partnership and friendship, I moved to a different store in Chicago to keep growing my skills. When I accepted my current role at the Support Office earlier this year, I told Babatunde about it. Holy cow, Batman! He, too, had just accepted a role there on our workforce systems team. Our work lives just continue to be intertwined. He’s both a dear friend and mentor, and my Walgreens experience would not be same without him.”

Agboade: “I’m learning new ways to care for others that I didn’t know about, and I’m happy to have Craig as a friend – and as someone I just can’t get rid of. (Joking!) His most-used sentence is, ‘Please let me know how I can help.’ He has shown me that the way you approach any challenge determines how you will overcome. He proves this day after day, every single day since I’ve met him. I know the work he does and his personality make him a very valued team member, but it’s invaluable how much of an inspiration he is to me.”