At the beginning of COVID-19, James Clowes was an airline pilot for Flybe, which ceased all operations in March partially due to the pandemic. Suddenly, he found himself without a job and with little possibility of joining another airline. But an opportunity at Boots soon presented itself, and Clowes began taking off in a new direction. 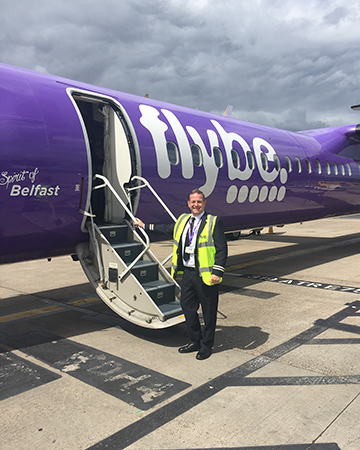 Clowes’ wife works for Boots, and she told him that the company was looking for additional drivers to join the Pharmacy Delivery and Collection team, who pick up prescriptions from Boots pharmacies and then deliver them to patients’ doors. Clowes is one of more than 500 Boots prescription delivery drivers who was recently hired to help during the pandemic.

“I saw this as a fantastic opportunity to not only use my transferable skills, but also to join in with helping the vulnerable people in our communities,” he says. “My new role with Boots has given me a purpose and allowed me to step up and play a part in all of this. It’s also touching to know that my wife and I are just two among thousands of others who are doing their part on the front lines of health care.”

Watch as Clowes takes you along for the ride as he joins the Boots Pharmacy Delivery and Collection team: