On March 18, a white gunman shot and killed eight people, including six Asian women, at three Atlanta-area businesses. The attack appeared to target the Asian community, fitting into a tragic pattern of anti-Asian violence and hate that has intensified across the U.S. since the start of the COVID-19 pandemic.

From March 19, 2020, to March 31, 2021 – the day after the Atlanta attack – the nonprofit group Stop AAPI Hate has documented 6,603 reported incidents of hate against Asian American and Pacific Islanders in the U.S. Although this number represents just a fraction of all of the incidents that have taken place, it’s a dark statistic to go along with an estimated 150 percent increase in hate crimes perpetrated against Asian Americans in major U.S. cities in 2020.

“It’s been heartbreaking for me to see, over the past year, so much hostility toward Asian Americans,” says Wei Li, IT director at Walgreens and vice-Chair of AsianConnect, a business resource group for Asian American team members. “I’m grateful that our allies and leaders at WBA are standing up to support us. But, in our communities, there are still some who are not. What we ask of them is to stop listening to hate, stop telling de-humanizing jokes, stop stereotyping us and to stop hurting us. Instead, speak up and help amplify our stories. Listen to our voices and learn our history. Asian American history is American history.”

This May, during Asian American and Pacific Islander (AAPI) Heritage Month in the U.S., some of our AAPI team members share their thoughts and personal experiences in hopes of calling attention to the threat this community continues to face every day. 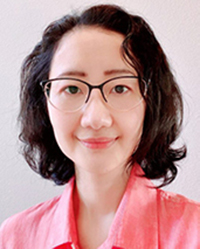 “I’ve been in America for 27 years, and I’ve always felt this was a safe place, and a place where people come for freedom. And until recently, I’ve felt pretty lucky in terms of feeling accepted by the friends and family that have surrounded my family and me since we first got here.

“But ever since the onset of COVID-19, I’ve actually started to feel a bit of resistance from people who I’ve considered friends. There’s this notion that Asian people, specifically Chinese – which is my heritage – are somehow responsible for the disease. It’s been frustrating and heartbreaking to experience.

“The peak of this heartbreak came earlier this year when I was living in Bentonville, Ark. I was out for a jog one morning and a car pulled up beside me, rolled down its window and yelled, ‘Go back to your own country!’

“It still makes me emotional to think about it because this is my home now – this is my country – and to be made to feel like that somehow wasn’t true made me frustrated and sad. As a community, we have a joint responsibility to hold our friends and neighbors accountable for things like that. That’s how we can start to make things change.” 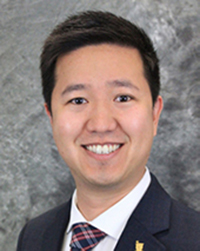 “One day my 7-year-old daughter was playing with some kids in our neighborhood. When she came home, she asked me if I knew that the coronavirus came from China, and if that meant that we had the coronavirus because we were Chinese. Her friends said that to her while they were playing, presumably because she’s the only Chinese-American girl in that group.

“I was instantly transported back to when I was her age and struggling with my own sense of cultural identity, and I saw that same confusion in her. It made me sad, even though the incident was not one I believe to be necessarily malicious, but to have one of her first experiences discovering her cultural identity to be a negative one – one where she had to check with me to make sure we weren’t carrying a deadly virus – because that’s what she heard about who she was from her friends.

“I think a lot of it has to do with education and the conversations parents are having with their kids at home, and making sure they understand what they’re saying and what kind of impact that can have.” 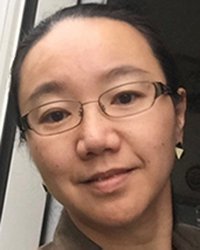 “I’m part of a running group in Naperville, Ill., and I was shocked when a member of the group told me about an incident he experienced earlier in the spring. While he was out running, a person attacked him with a tree branch – they hit him in the leg and screamed at him, ‘Why did you bring this virus here? Go back to your own country!’

“Also among my friend group was a young Asian woman who was mugged in downtown Chicago. While the perpetrators were robbing her, they shouted disturbing and derogatory terms at her, all having to do with her cultural and ethnic identity.

“In China, there is a theory about human beings: Nobody is born with hate. Hate is something that’s established later in life. This is all taught behavior, and it’s very disturbing and very sad to see.” 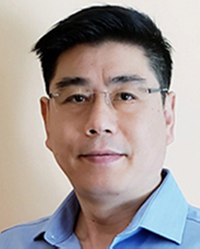 “I live in the northern suburbs of Chicago, and I remember very clearly how things were at the beginning of the pandemic. Because it was so tough to get things like masks, hand sanitizer and toilet paper, our local Chinese-American community organized to collect and distribute these items to local hospitals and nursing homes in order to protect our most vulnerable community members. As part of this initiative, we set up a public scoreboard-type sign to help us keep track of the death count during the pandemic, so all community members could see as the numbers rose.

“One day in October, I saw that the scoreboard had been vandalized. Someone had spray-painted the word ‘CHINA’ in large capital letters across the front of the board. We were able to clean it off, but not before it was seen by many Asian American community members, and I know they felt the same way I did – offended, sad and disgusted.

“I am an immigrant from China, and when I see vandalism like that, hear political speeches that call it the ’China virus,’ see xenophobic merchandise for sale, and see hate crimes rising all around me, not only am I offended, I also feel I am personally under attack.

“We simply cannot tolerate this. As a proud Asian American, I feel it is my duty to stand up and speak out. My community members, of all different ethnic and cultural backgrounds, stand with me. Some have even joined in on peaceful protests to speak out against hate. It can be inspiring to see, and I hope it continues.”